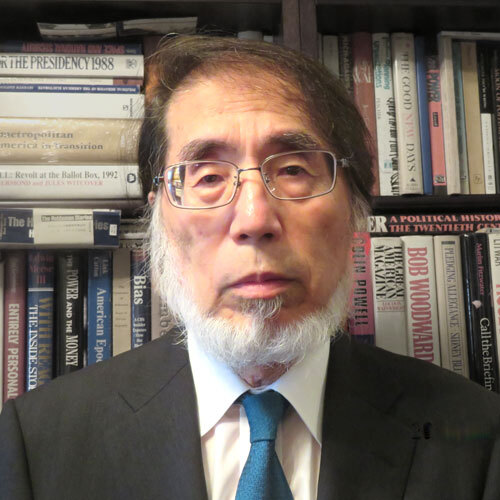 Mr. Suzuki graduated from Waseda University in 1975 and joined Jiji Press, a Japanese news agency. He served as a political writer and was assigned to the agency’s Washington Bureau as a Staff Correspondent (1990-1994). He also served as President of Jiji Press America Inc. and the agency’s New York Bureau Chief (2001-2005). From 2012 to 2015, he served concurrently as Senior Commentator and Editor-in-Chief of Diplomacy Magazine ‘Gaiko’. He then served as Senior Research Fellow for the Foreign Service Training Institute  (2018-2020) and a member of The Management Advisory and Evaluation Committee, Japan Bank for International Cooperation, JBIC(2011-2021). He currently serves as a Visiting Fellow at the Fujitsu Future Studies Center Ltd. and as a Visiting Fellow at the Jiji Research Institute. His major publications include Japan’s Strategic Diplomacy (Chikuma Shinsho 2017, in Japanese), Negotiation History of the Northern Territories (Chikuma Shinsho 2021, in Japanese).